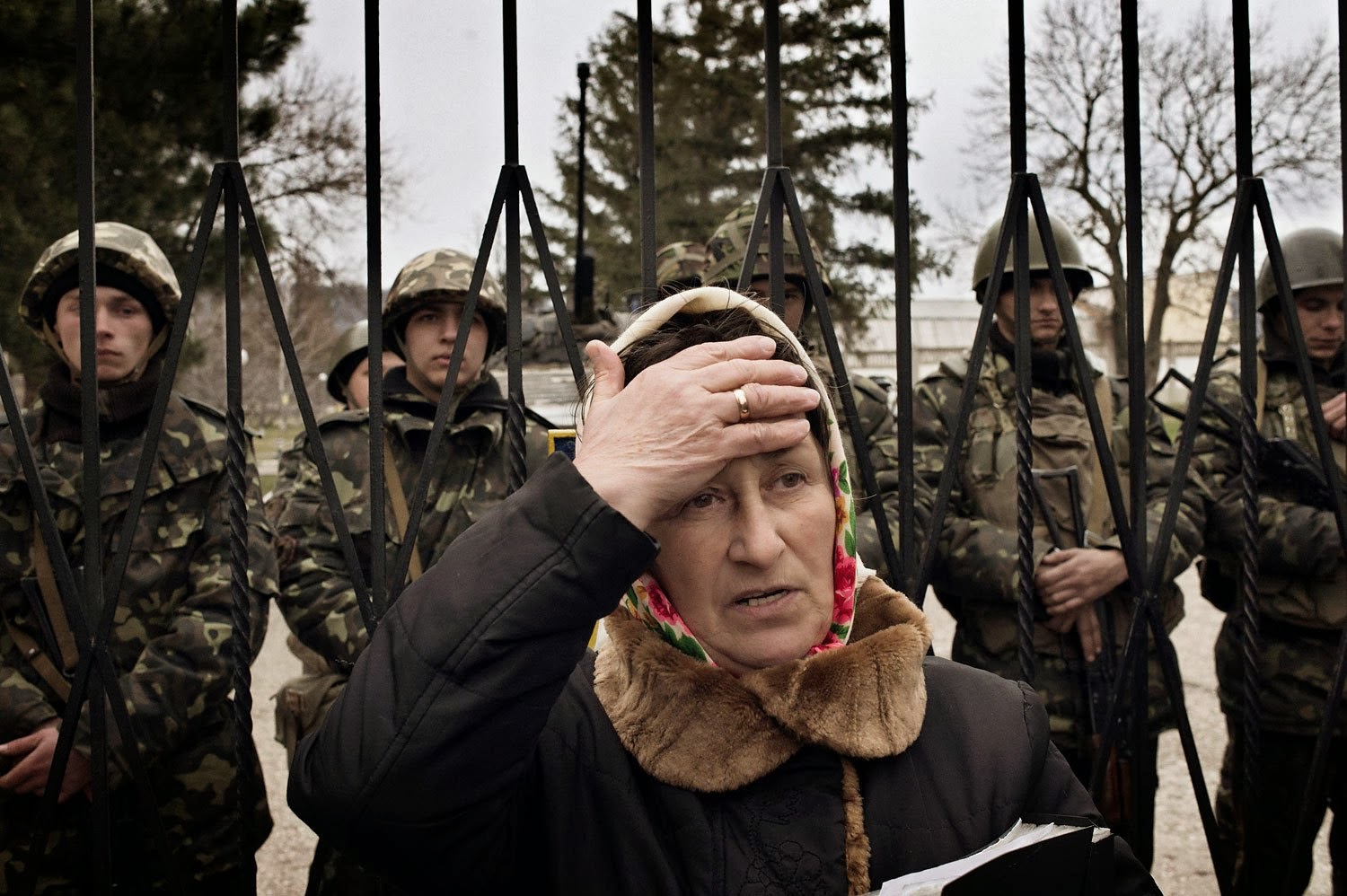 A Ukrainian woman reacts as troops in unmarked uniforms hold positions in Perevalnoye, a small Ukrainian base roughly 15 miles south of Simferopol on Sunday, March 2, 2014. About two dozen Ukrainian soldiers could be seen behind her. 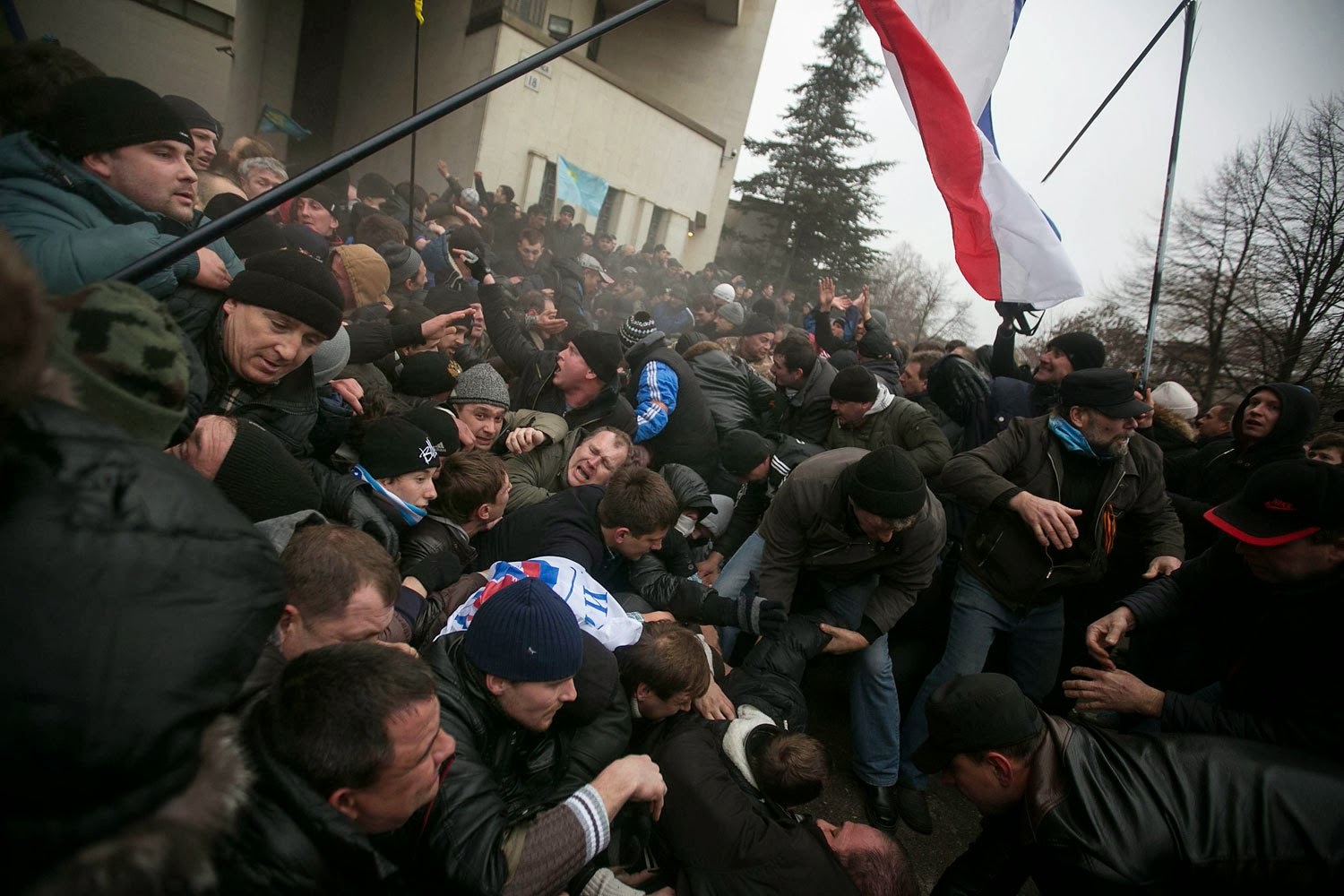 Ukrainian men help pull one another out of a stampede beneath a flag of Crimea during clashes at rallies held by ethnic Russians and Crimean Tatars near the Crimean parliament building in Simferopol Feb. 26, 2014. 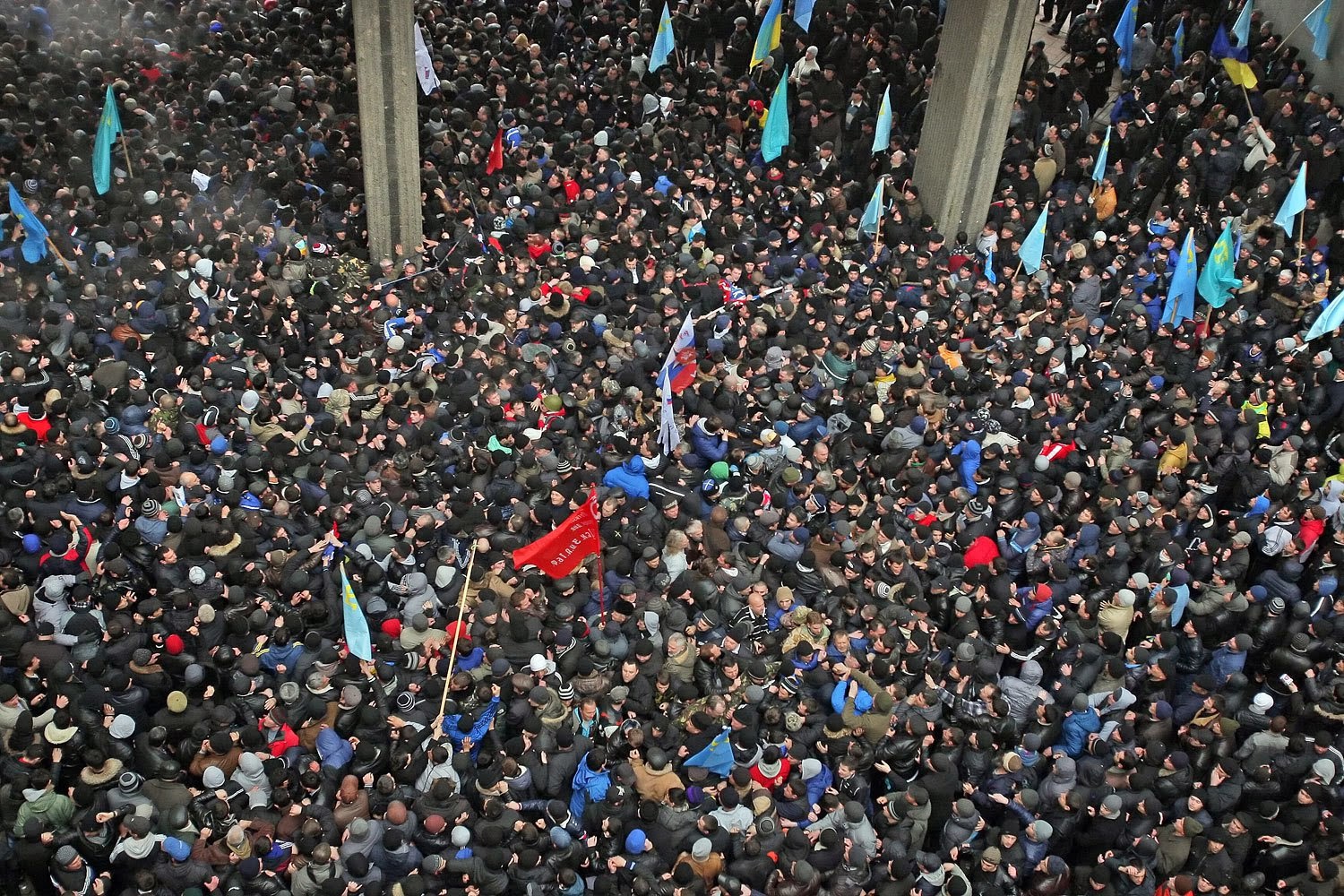 Ukrainian and Russian supporters clash during a protest near the Parliament building in Simferopol, Feb. 26, 2014. 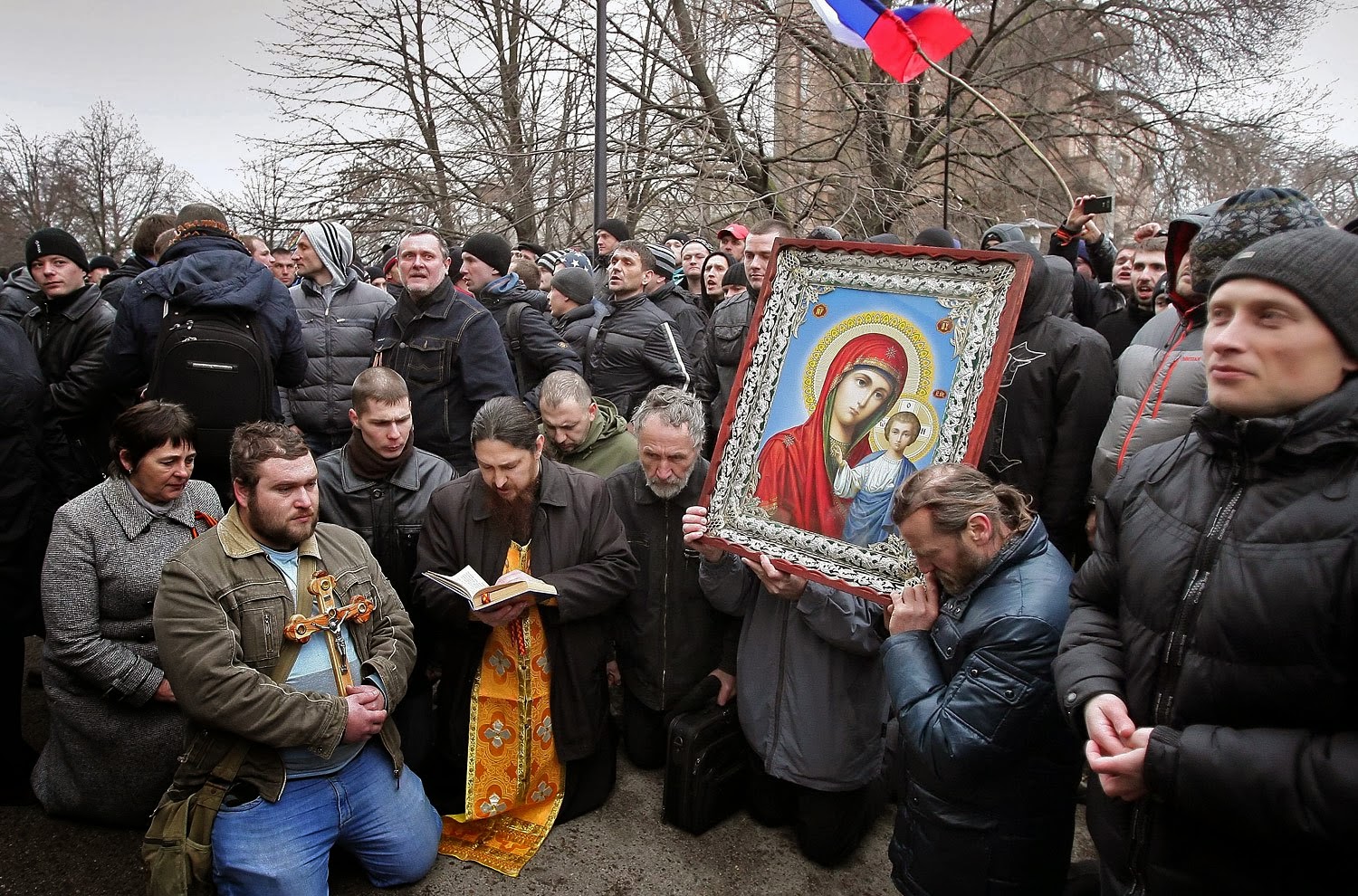 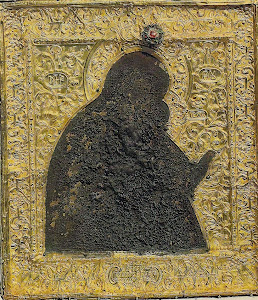